The Importance of Redundancy in Lighting & Critical Equipment

The Importance of Redundancy in Lighting & Critical Equipment 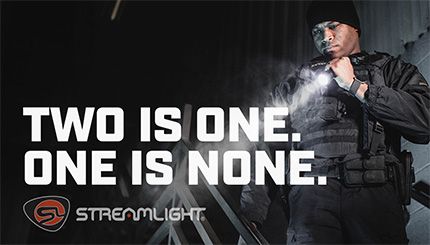 The sun was setting over the foothills of the Cascade Mountain Range. Between the increased darkness and the dust being kicked up on the gravel logging road, the headlights of the Crown Vic were struggling to illuminate the stolen pickup as it slid around corners and kicked rocks back on the marked patrol car. The deputy had been in pursuit of the suspect now for nearly 20 minutes. Due to the mountains, he was cut off from dispatch unable to hear updates on the K9 handler and other deputies that were responding to assist him. A few minutes later, as darkness had fully encompassed the valley, the suspect slid off the road into the trees and leaped from the smoke and dust, fleeing into the woods. It would be a long night of searching in the woods for the repeat offender who had stolen several trucks over the past weeks.

Once the K9 arrived, the deputies began tracking in the woods for the suspect. The primary deputy carried an incandescent SL-20 as his main light and a Stinger in the sap pocket of his uniform as his backup. After hours and miles of searching, the pair located the driver, who was now pretending to be a camper, “sleeping” deep in the mountains in a pile of brush and leaves. He was taken into custody and the deputies exchanged a congratulatory nod with one another on a successful capture. But they weren’t out of the woods yet. Both men’s primary lights had died prior to locating the bad guy. Now onto their secondary lights, they still had to find their way back to their cars. They had not been in touch with dispatch for hours and other deputies had arrived on the scene at their vehicles, wondering where the men had gone.

As the backing deputies stood at their cars, forming a plan to look for their partners, a small bluish light started to appear from the woods. The suspect was being led out by the deputies who were now using a Streamlight CuffMate to illuminate their way. Not exactly the light of choice to forage your way through the wilderness, but in a pinch, it got them back to the road safely.

This is a mantra often heard in the military and in law enforcement training. I had heard this mantra prior to my career in LE, but the importance became obvious in the above story told to me by a partner I worked with as a recruit at the police academy. I lived by this ethos of redundancy as a cop while on the road, as an instructor at the academy and for my agency. The “two is one, one is none (three’s for me)” principle of redundancy can be applied to all critical equipment used in your everyday life whether you’re a law enforcement officer, a CPL carrier or just someone who believes in being prepared. As a LEO on patrol, it meant carrying backups to my primary flashlight, firearm and emergency medical equipment.

As a Sales Manager with Streamlight, I’m not chasing after criminals anymore. The most excitement I typically face is a flat tire on the freeway or the occasional medical emergency on an airplane. [That’s right, a fellow passenger passed out on the airplane in the middle of the night, bouncing his head off an arm rest. Thanks to my routine of redundant equipment, I was able to hand the flight attendant the ProTac 1L-1AA that was in my pocket and grab a ProTac 2L-X for the ER doctor that happened to be on the flight. Neither one wanted to give me my light back when after the patient had recovered!]

As someone who still prepares to be ready for the worst, I highly recommend redundancy in your lighting plan. This can be accomplished in a variety of ways, from combining handheld and weapon-mounted lighting to adding a headlamp into the mix.

What’s my EDC setup you ask? Here’s a look at how I currently carry:

In addition to carrying these lights on my person, I also usually carry an Enduro Pro headlamp and other handheld lights in my bag and an emergency kit in my car.

As another old mantra goes, “it’s better to have it and not need it, than to need it and not have it.” Check out Streamlight's full line of flashlights for more products that will help you get out of the woods when you’re in need.