My nightfighter was buried under mountains of snow for the whole winter.

My nightfighter was buried under mountains of snow for the whole winter. 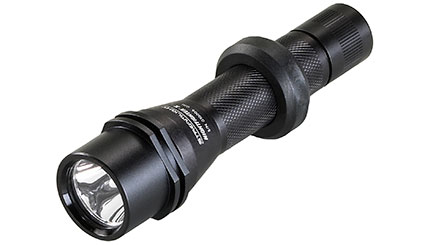 Back to Customer Testimonials

I purchased the Streamlight Nightfighter® X in 2008 and carried it with me almost every day. In December of 2014, it fell out of my pocket at a restaurant parking lot while I was going to dinner. During dinner, I realized I had dropped it, but before I could pick it up, it started snowing heavily; and it was buried.

I live in upstate New York near Buffalo. So, when I say it just kept on snowing and snowing from then on, you may know what I mean. My light was lost in the snow; and when the parking lot was plowed, it became further buried under mountains of snow.

Now that the snow has finally melted, I stopped by the restaurant and kiddingly asked the owner if anyone had found my flashlight. Amazingly, he had it-completely covered in mud and salt and the pocket clip was rusted.

I never expected it to work. But I pressed the button and it lit! I took it all apart, cleaned it and spray painted the pocket clip black again. It functions just like it did when it was new.

Just want to let you guys know you make a superb product!