Are All Lithium-Ion Batteries the Same?

Are All Lithium-Ion Batteries the Same? 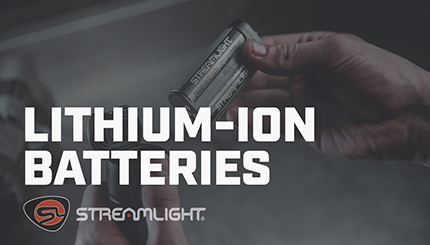 In the crazy world of batteries and the unlimited ways in which you can purchase Lithium-Ion cells, it’s important to have additional knowledge so you know exactly what you’re purchasing.

Let’s begin with some common features of Lithium-Ion cylindrical cells. These cells will have a positive and a negative terminal. They’re available in button top, which have a bump on the positive end for greater contact and can be used in series (this would be one battery behind the other, like in a flashlight application). You can also purchase them in “flat top” which has a flat or smooth surface at both ends of the battery. These cannot be used in series.

Most rechargeable Lithium-Ion cells use a chemistry with a nominal voltage around 3.7 volts. Generally, for batteries with nominal voltage of 3.7 volts, fully charged, open circuit voltage is about 4.2 volts.

The cells are rated in mAh (milliampere hour). An easier way to think of this is cell capacity or available power to run a device. The larger or higher the mAh, the longer the run time. If comparing 2600mAh vs 3250mAh, the 3250mAh has 25% more output capacity. Higher capacity equals longer run times but also means longer recharge time with the same charging device. Generally, the higher mAh battery capacity, the more expensive the cell.

These cells can either be protected or not protected. Protected means that the cell has a circuit that will not allow the cell to overheat while charging or discharging, and/or while running a device. Unprotected means that the battery cell does not have this built-in protection circuit. Some battery chemistries or higher mAh outputs can be dangerous and the battery chemistry can become unstable while charging or discharging. In some instances, the battery could catch fire or even explode without a built-in protection circuit.

As you go out into the world to purchase Lithium-Ion batteries it’s very important to keep several of these battery characteristics in mind. Just because it fits into the device does not mean it’s the correct battery or the best battery to use. You also need to remember that all batteries are not manufactured the same and some may not be compatible with each other. Each manufacturer has their own electronic and circuit designs inside the battery, meaning some batteries may not interact well with other batteries. You should never mix battery types or brands in the same device as you could run into issues with connectivity, performance, or worse.

Here are some key features to consider when selecting batteries:

There are many quality battery manufacturers in the world, but there are also some that are not as reliable. Generally speaking, you “get what you pay for” within the battery world and the initial battery cost should not be your primary decision-making factor. You should consider all features to determine the best battery to purchase for your usage and device.

At the end of the day, it’s clear that all Lithium-Ion batteries are not the same and the battery you choose will impact the performance of your device.