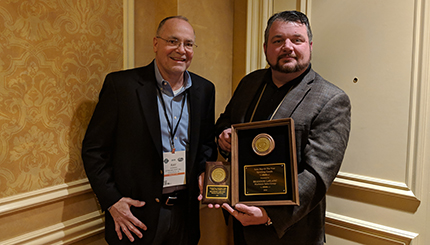 Washmon Sales Group, a manufacturers’ representative agency based in Rockwell, TX, received the award in recognition for outstanding sales achievement in its sales territories, which are located in Texas, Oklahoma, Arkansas, and Louisiana.

“Washmon Sales’ exceptional sales performance in 2018 contributed significantly to our success in the sporting goods sector, which is a key market segment for Streamlight,” said Streamlight Vice President, Sales and Marketing, Michael F. Dineen. “We salute their accomplishments and look forward to their continuing contributions to our sales efforts.”